Porsche Penske Motorsport is getting ready for its first competition event and it has been testing the 963 LMDh prototype at the Daytona International Speedway in Florida.

The two-day test saw the car drive along the track’s famous banked turns and around its twisty infield a total of 397 times. That meant that the Porsche 963 covered a total of 2,274 km (1,415 miles), or roughly the distance from Stuttgart to Istanbul.
Although the car ran without major issues, the test was anything but smooth. Its first foray onto the track was delayed by 90 minutes because of lightning strikes near the track. Under U.S. law, the marshals were forced to find shelter.
Read More: New Porsche 963 Is A 670 HP GTP Hypercar That Will Race At Daytona And Le Mans 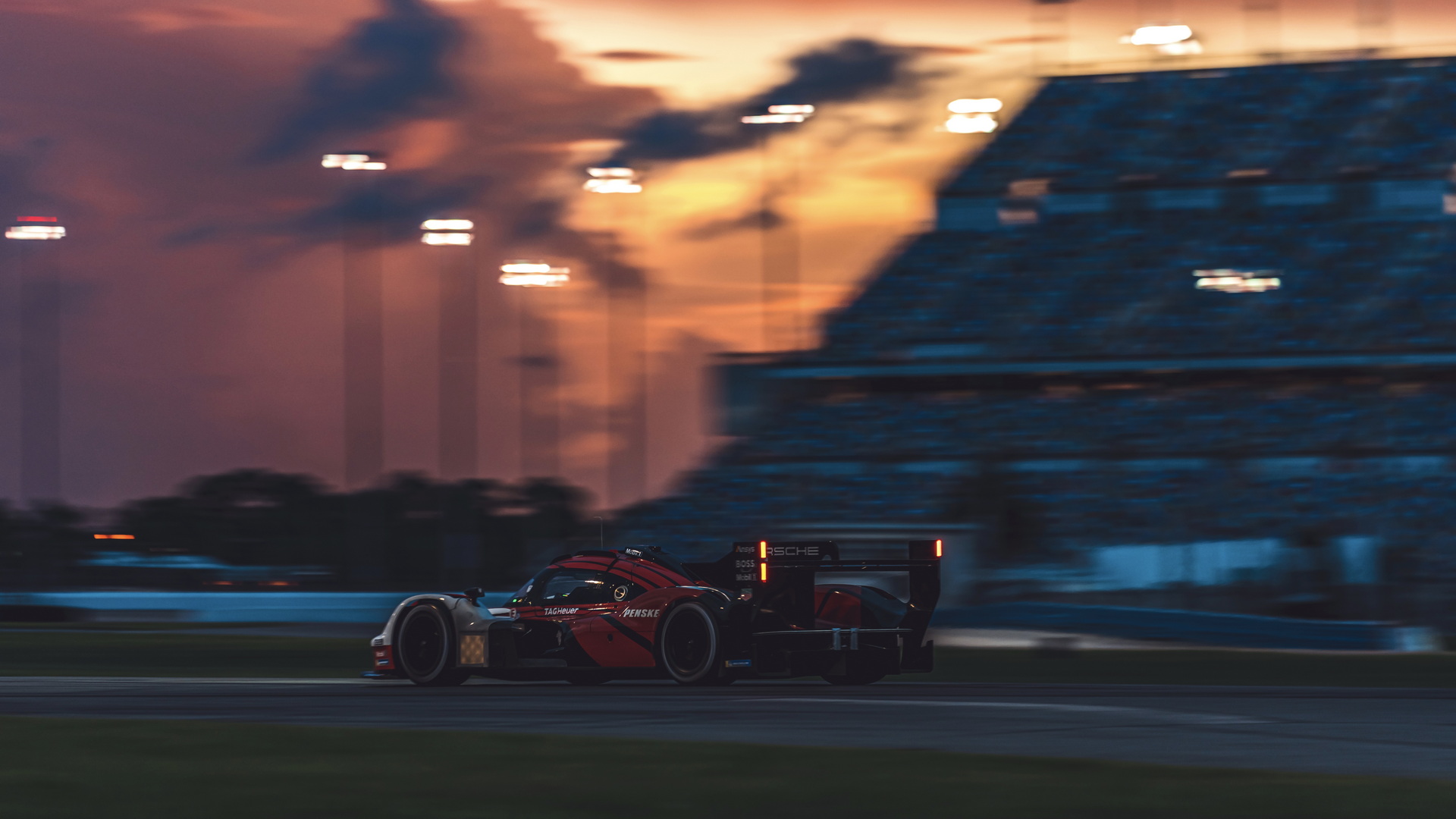 Once the running started, the temperatures were hovering at 35^0C (95^0F) with over 90 percent humidity, pushing the team to its limits. Adding to the difficulties were intermittent showers, but Porsche says that these kinds of stresses are the perfect conditions under which to test the endurance racecar.
Works drivers Dane Cameron, Matt Campbell, and Mathieu Jaminet shared driving duties in the number 03 car under the watchful eye of Roger Penske. Over the course of the test, the team refined how the drivers, mechanics, and engineers interact together, and improved the setup of the 963.
That’s important because the car’s first race will be at the same track, in the orientation on which it tested here. That helps explain why the team ran the car until 10 pm on the final day of testing. The Porsche 963 will be run in competition on January 28/29, 2023 for the 24 Hours of Daytona.
The 963 is powered by a twin-turbo hybrid 4.6-liter V8 borrowed from the 918 Spyder that makes the maximum amount of power allowed under LMDh regulations, 670 hp (500 kW/680 PS). Porsche has confirmed that it will also compete at the 12 Hours of Sebring and the 24 Hours of Le Mans.
PHOTO GALLERY
[photo2]
[photo3]
[photo4]
[photo5]
[photo6]
[photo7]
[photo8]
[photo9]
[photo10]
[photo11]
[photo12]
[photo13]
[photo14]
[photo15]
[photo16]