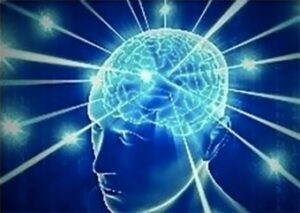 Newsmax personality Grant Stinchfield has cracked the case. Using only his superior powers of deductive reasoning and no actual facts, the former NRA-TV host has solved the biggest mystery in DC since the Watergate leak.
The culprit is soon-to-be Supreme Court Justice Ketanji Brown Jackson! She’s the one who gave Politico Justice Alito’s draft opinion gutting Roe v. Wade in the most incendiary and vitriolic terms. And she would have gotten away with it, too, if it weren’t for those meddlesome kids!
Wait WTF, you are saying, Judge Jackson isn’t even on the court yet.
But hear him out!
With zero evidence, Newsmax host says Ketanji Brown Jackson “would be my first suspect when it comes to the leak” pic.twitter.com/lUE7J4fmdO
– Jason Campbell (@JasonSCampbell) May 4, 2022

“And speaking of Ketanjay [sic] Brown Jackson who you just saw there, I find it suspect that the first leak coming out of the Supreme Court in history comes shortly after Judge Jackson is confirmed,” he shouted.
Here on Planet Earth, there have been multiple SCOTUS leaks, particularly when it comes to abortion, as NPR points out. But go on, non-lawyer TV screaming dude.
“I want to know if her law clerks, who I’m sure have already been working, possibly even working at the high court already, before her swearing in, have access to these draft decisions.”
He’s sure this has already happened. He just knows it, although there’s been no reporting of such and it seems pretty unlikely unless she’s taking over some of Justice Breyer’s clerks.
“She would be my first suspect, when it comes to the leak,”he went on, his smoker’s rasp becoming more guttural. “Because Ketanjay [sic] Brown Jackson is a radical leftwing activist, more radical than any other justice in the history of the Supreme Court.”
Never mind that Roger Taney would die a second time to see a Black woman on the bench, and Sam Alito just gutted 50 years of precedent because what even is stare decisis, LOL.
“I believe she is capable of undermining the court this way!” he yelled in conclusion.
And if that doesn’t convince you that Judge Jackson is the real leaker, well, nothing will.
Liz Dye lives in Baltimore where she writes about law and politics.