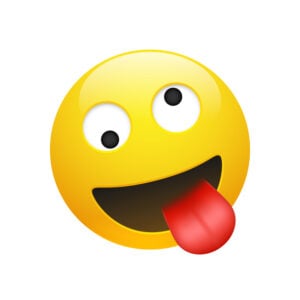 In today’s edition of Shut Up, That Is Not a Thing, 29 House Republicans introduced a resolution to un-impeach Donald Trump. Because governing is hard, but flinging six pages of word vomit at the Federal Register is easy and gets you a fawning “exclusive” on Fox News.
Rep. Markwayne Mullin, a former MMA fighter who really does spell his name like that, is the galaxy brain behind this work of performance art. Mullin, who is currently running for the open senate seat in Oklahoma, was recently implicated in a wildly illegal plot to fly into Tajikistan with pallets of cash and sneak across the Afghani border to rescue Americans whom the Biden administration hadn’t yet extricated from the country.
So it wasn’t really surprising when the Daily Beast reported yesterday that Mullin was the brainiac introducing this ridiculous resolution. But it is impressive that he got 28 of his fellow Gippers to go along with this windmill tilt on LSD.
Here are some fun little snippets suggesting that the election was #RIGGED:
Whereas Article I of the [Impeachment] Resolution omits any discussion of the circumstances, unusual voting patterns, and voting anomalies of the 2020 Presidential election itself;
Whereas prior to considering and voting on the Impeachment Resolution, Democratic leadership in the House made no effort to understand the rationale behind the widespread mistrust harbored by American voters in the wake of the 2020 Presidential election;
Whereas President Trump won 18 of the 19 bellwether counties across the country that have predicted the winner of every Presidential election since 1980;
Whereas President Trump received approximately 10,100,000 more votes than in the 2016 Presidential election, making President Trump the first incumbent President in 132 years, since Grover Cleveland’s failed bid for reelection in 1888, to have increased his vote from his initial election and seemingly still not won reelection in the subsequent cycle;
Whereas the country would benefit greatly if logic and statistics were part of the standard high school curriculum …
The House Mensa Caucus is mad that “Secretaries of State and State boards of election across the country changed State election laws sua sponte in the name of ‘health and safety’ in the wake of the COVID-19 pandemic.” (LOL, those scare quotes.)
And they are mad that their very cogent ideas about Italian space lasers and Chinese thermostats and dead Hugo Chavez stealing the election were “dismissed by Democrats and pundits in the mainstream media as spreading ‘misinformation’ and as being nothing more than a ‘conspiracy theor[y].'”
They’re pissed that “recount efforts following the 2020 Presidential election were vociferously opposed by Governors and Secretaries of State in key swing States like Arizona, Pennsylvania, Michigan, Wisconsin, and Georgia.” Although they fail to point out that multiple recounts took place in each of those states, irrespective of any opposition, vociferous or otherwise.
Also they’re very angry that “not a single evidentiary hearing on the Resolution was held, no witnesses were heard, and no process or opportunity to respond was provided to President Trump.” Which is almost too perfect, since Rep. Elise Stefanik, the House GOP Conference Chair and a co-sponsor of this bill, was part of the team that represented Trump at the Senate trial. Also, Sen. Mitch McConnell made damn sure that there would be no witnesses called, with every Republican save Romney and Collins voting against them.
And while the bill’s sponsors aren’t saying that the impeachment doesn’t count because the flags in the room have or do not have a gold fringe, they’re not that far off from sovereign citizen levels of wackassery.
Whereas as further indication of the partisan political motivations behind the Resolution, once the Article of Impeachment was passed by the House of Representatives and transmitted to the Senate, the Chief Justice of the Supreme Court refused to serve as the presiding officer for the trial, as required by section 3 of article I of the Constitution, and instead the Senate President pro tempore, Senator Pat Leahy, a Democrat from Vermont, and a reliably partisan politician, served as the presiding officer, perfecting the entirety of the process as nothing more than an unconstitutional exercise in futility, moot, and fantastical political theater.
“Now, therefore, be it Resolved, That the January 13, 2021, impeachment of President Donald John Trump is expunged, as if such Article had never passed the full House of Representatives,” they conclude.
Because it’s fun to say stupid, crazy shit. And in today’s political climate, there’s absolutely no penalty for doing it.
Wackass Resolution
Elizabeth Dye lives in Baltimore where she writes about law and politics.